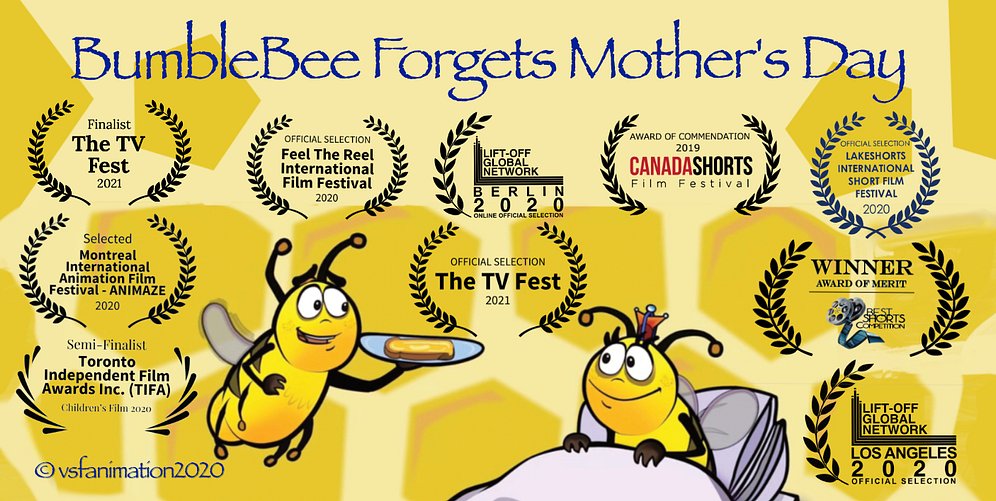 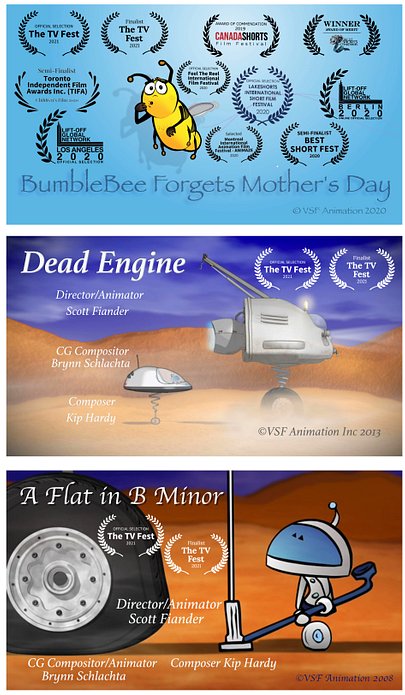 Earlier in 2020 BumbleBee Forgets Mother's Day was a Semi-Finalist
at TIFA as well as being "Selected" for screening at the
Lakeshorts  International Short Film Festival.

This sweet animated short has been bizzy in the background winning awards and creating a little buzzz at several Film Festivals around the world.

I animated this short using Anime Studio Pro12. It was narrated by the amazing Andrea Karam. She brought this little film to life with her warm expressive voice.

"BumbleBee Forgets Mother's Day" also won the
"Award of Commendation" at the Canada Shorts Film Festival as well as the "Award of Merit" at the Best Shorts Competition in San Diego.

I like a challenge, so I am diving into the Harmony software learning curve and applying it to my next animated short.